The fundamental component of the replacement of the Vedder Bridge was to construct the new bridge on land and launch the bridge into place over the river. This is unique because the Vedder Bridge is an arch, and the arch structure does not have the strength on its own to be cantilevered 60 meters without support on the one end. To enable launching of the Vedder Bridge, a king-post cable stay support system was used to provide the arch structure with the additional strength needed for the bridge to be launched into place. To the best of the knowledge of any project participants, this is the first arch bridge in the world that has been assembled on land and launched into place using a King Post system.

"It is always inspiring to see the nominations roll in for our Innovation Award, the construction industry continues to innovate with technology, systems, and design of the infrastructure in our communities. We couldn't be more proud of the contributions that SICA members make throughout BC. When we see project innovations like this being constructed by industry leaders it reminds us that our members are at the forefront of ideas that will greatly improve efficiency and safety in construction going forward. Congratulations to Emil Anderson Construction for winning this year’s award," says Jason Henderson, SICA CEO.

The Vedder Bridge is located near the southern limits of the City of Chilliwack and provides an important transportation link between Chilliwack and adjacent communities as well as recreational areas. The new bridge includes wider travel lanes and shoulders along with two multi-use pathways to accommodate two-way pedestrian and cyclists traffic.

SICA’s Innovation Award is designed to honor and pay tribute to the outstanding contributions made by the companies that make up the SICA membership. The leadership and determination to excel, evidenced by the recipients of these awards, serves as inspiration for all in the construction field. 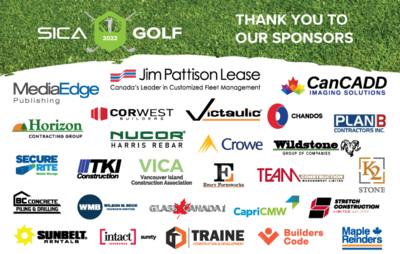 Thank you to our sponsors of SICA Golf June 3rd

SICA has seen a few changes this year and we would like to say farewell to our Education Administrative Assistant and introduce the Team for 2022.
Read More

This is the wrap up for the CCO Workshop. This one day conference where the goal is to facilitate open and transparent conversation between all parties in the construction industry.
Read More

The Ministry of Transportation and Infrastructure is seeking to establish a pre-qualified list of firms to support its BC Highway Reinstatement Program which the Province has initiated to repair highways compromised by the extreme rainfall events of November 14 and 15,2021
Read More

Prompt Payment Included in ‘Report on the Budget 2022 Consultation’

SICA has teamed up with BC Construction Association Employee Benefit Trust (BCCA EBT) to ensure that construction workers are protected from the seasonal flu.
Read More

The associations are committed to working with government but want to see an effort to address the issues that have been raised.
Read More

SICA has announced the finalists for the 2020/2021 Industry Awards of Excellence!
Read More

On Thursday, September 23rd, SICA is holding a hybrid in-person/virtual Annual General Meeting. During the AGM SICA will share our latest Annual Report which covers the fiscal period between July 1, 2020, and June 30, 2021.
Read More

Through the Southern Interior Construction Association (SICA) Fund and in partnership with the Construction Foundation of BC, SICA is organizing the Kelowna Crane Incident Legacy Education Fund. This fund is a tribute to the individuals who tragically lost their lives from the Brooklyn Site Incident on July 12th, 2021. The funds raised through this fund will go towards supporting future post-secondary education for the children of the victims in this tragedy.
Read More

The board, staff, and members of SICA are deeply saddened to learn of the tragic crane accident in Kelowna yesterday. Our hearts grieve for the families, friends, and co-workers of those who did not return home from the job-site last night. Our deepest condolences go out to those who have been affected by this catastrophe.
Read More

In partnership with the BC Public Health Office, the BCCA and its partners have made available construction fast lanes at select vaccination centers around the province on specified dates between and times through June and July.
Read More

I write to you heavy with emotions regarding the recent discovery at the Kamloops residential school. This is a long-awaited confirmation of the cultural annihilation forced upon our indigenous communities. I feel the profound grief and anger of my ancestral lineage being of the Metis Nation, as well as a feeling of deep shame of being Canadian right now.
Read More

The BC Construction Association has released their latest industry-wide survey.
Read More

BCCA Response to BC Budget 2021

The BC Construction Association has responded to the 2021 BC Budget.
Read More

Today, April 9th, as part of the #lunchboxchallenge for Construction Month 2021 SICA was happy to serve lunch to the workers on the Acres Enterprises Ltd. Barkman site in Merritt!
Read More 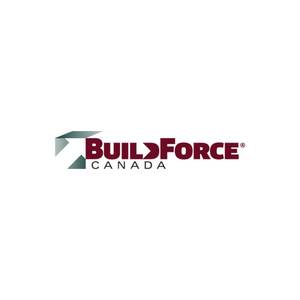 It’s no exaggeration to say the global economy has been paralyzed by the pandemic. Fortunately for many Canadians, the construction industry was one of the few beacons in an otherwise slow economy greatly inhibited by COVID-19. Of course, the many forms of construction activity couldn’t forge ahead frivolously – social distancing, rigorous cleaning protocols and an abundance of caution were the norm on work sites everywhere, and it’s clear these methods will continue in the months ahead.
Read More

On March 5, 2021 SICA hosted our first ever virtual conference: Building Forward. We would like to thank all of the attendees who joined us live!
Read More

The nomination period for SICA’s 2nd Annual Industry Awards of Excellence has begun. Nominations will be accepted until January 15th, 2021.
Read More

SICA is pleased to announce 7 new board members that were ratified at the September 16th Annual General Meeting for the term of 2 years.
Read More

​Like you, SICA has been closely monitoring the ongoing global spread of the Novel Coronavirus (COVID-19).
Read More

SICA would like to congratulate all the finalists and the winners of SICA's inaugural Industry Awards of Excellence! Finalists and winners were honored yesterday, October 3rd, at the Award Presentation Dinner held at the Coast Capri Hotel in Kelowna, BC.
Read More

New institutional, commercial, industrial building, multi-family, recreational or renovation projects that have been completed between July 31, 2018 and June 30, 2019 are eligible for nomination.
Read More

The SICA Fund in Action at Peter Greer Elementary

The SICA team is proud to share that we have joined forces with the Construction Foundation of BC to establish a charitable fund in support of local, southern interior, initiatives.
Read More

Celebrating the Holiday Season with SICA

Our annual holiday celebrations take place in a variety of cities across our SICA region.
Read More

Working during winter feels more like survival of the fittest than an everyday challenge. The risks are much greater for employees who have to work and drive outdoors.
Read More

SICA held our annual Chair Dinner and Award Night where we celebrate member anniversaries, board volunteers, Gold Seal recipients, and scholarship recipients. In addition, this year we had the honor of awarding both a Consultant Award and the Innovation Award.
Read More

On Wednesday, September 12, Emil Anderson Construction (EAC) was awarded the Southern Interior Construction Association’s 2018 Innovation Award for their work on the Vedder Bridge Project in Chilliwack, BC.
Read More 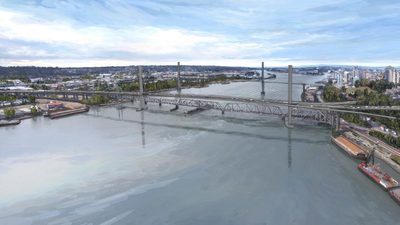 Every year the Kamloops Trap & Skeet is one of the most anticipated events we host! With over 100 attendees, BBQ steaks, and some tough competition it is safe to say that a blast was had by all.
Read More

On June 21st, 2018 144 golfers converged on Sunset Ranch Golf Course for the annual SICA Golf Tournament. Despite lightening in the valley causing a brief course closure and pouring down rain in the afternoon the event was a huge success!
Read More

The beautiful Roche Lake Resort was again the site for our now 2nd annual Family Fishing Derby. This event, hosted through a joint partnership between the Southern Interior Construction Association and CapriCMW Insurance, is quickly becoming a must attend for all SICA members.
Read More

The CCA Person of the Year Award recognizes individuals who demonstrate the qualities of a leader and who apply the highest standards and principles of the construction industry and business community. To those who have had the opportunity of working alongside Terry Brown, he is the living embodiment of this description.
Read More

2018 marked the 10th year of the Heavy Metal Rocks event in Kamloops. This project provides opportunities for Grade 11 and 12 students from the School District No. 73 to explore career opportunities in the heavy equipment operator field.
Read More 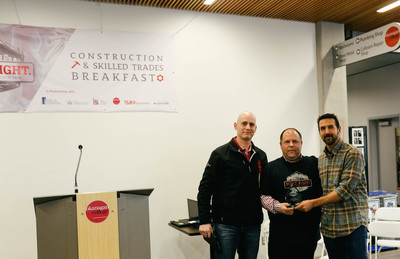 The Kelowna building community was proud to celebrate BC’s Construction & Skilled Trades Month with a breakfast held at Okanagan College on Thursday. In the newly built Trades Building contractors, apprentices, foundation program students and industry support organizations gathered to recognize the impact the construction industry has on the BC and specifically the Okanagan economy.
Read More

Successful buildings have always been the result of collaboration between the client, designers, and contractors. A strong team, clear expectations, and concise information will typically result in a project which all involved parties will consider successful. Through recent decades the delivery of projects has changed with increased complexity, decreased timeframes, and changing delivery methods. Now more than ever it is critical that the collaboration between the team occurs to ensure the desired outcome.
Read More

As a Member you are a part of a collective voice, the SICA voice. Together, our voice is changing the construction community and helping your business grow through advocacy, networking events, affinity programs, direct business leads and more. Our voices promotes fairness, transparency and open communication in the construction industry. Join SICA to grow your business today and be a voice for our industry tomorrow.

Getting Paid and Managing the Cash Flow - VILT